Dr. Fisher enjoys working with patients of all kinds, including dogs, cats and some exotic pets as well.  He has attended additional continuing education training  in the fields of exotic veterinary medicine as well as orthopedic surgery. Dr. Fisher has also followed in the steps of Dr. Randall Smith by being one of two local veterinarians who has the privilege of caring for the University of North Alabama's mascots, the lions Leo III and Una. He and his wife, Dr. Jennifer Bell, have three children, three dogs and one cat. When Dr. Fisher is not at work, he spends time with his family, golfing, boating and enjoying sports.
​Dr. Jennifer Bell
Dr. Jennifer Bell   grew up in the small town of Proctor, Arkansas. She attended high school in Memphis, Tennessee and after that headed to Mississippi State University where she studied Biochemistry. She was accepted into Mississippi State College of Veterinary Medicine where she met her husband, Dr. Brandon Fisher and earned her Doctorate of Veterinary Medicine in 2009.  After graduation, she began working at Smith Animal Hospital where she continued to learn while working with Dr. Smith.
​
Dr. Bell is a current member of American Veterinary Medical Association, Alabama Veterinary Medical Association, and the Colbert/Lauderdale Veterinary Medical Association. As a veterinarian, Dr. Bell enjoys working with dogs, cats and their owners through education on preventative care and how to keep their pets happy and healthy. Her professional interests include wound management and echocardiography. Dr. Bell and her husband share their home with  three dogs,  one  cat and a three children. In her spare time, Dr. Bell enjoys horseback riding, golfing and enjoying outdoor activities with her family.
Dr. Emerald Barrett
Dr. Emerald Barrett  grew up in the small town of Noxapater, Mississippi. She attended Noxapater Attendance Center and is a 2010 graduate of the Mississippi School for Mathematics and Science in Columbus, MS. She then attended Mississippi State University and received her Bachelor of Science degree in Animal and Dairy Science in 2014. She continued her education and received her Doctorate of Veterinary Medicine from MSU’s College of Veterinary Medicine in 2018. Immediately after graduation, she began working at Fisher Animal Hospital where she continued to learn from Dr. Fisher and Dr. Bell.

Dr. Barrett is a current member of the American Veterinary Medical Association, Alabama Veterinary Medical Association, and the Colbert/Lauderdale Veterinary Medical Association. As a veterinarian, Dr. Barrett enjoys working with dogs and cats and their owners to educate them about the benefits of preventative care. Her professional interests include ultrasonography and internal medicine. Dr. Barrett shares her home with her dogs   Minnie Pearl and Koda she enjoys reading, riding horses, exercising, and spending time with family and friends.
Dr.  Summer Lathum
Dr.   Summer Lathum grew up in Starkville, Mississippi.  She is a class of 2000 graduate from South Panola  High School.  She attended Mississippi State University and received her Bachelor of Science degree in 2003.   She continued her education and received her Doctorate of Veterinary Medicine in 2007.     Dr. Lathum has been  practicing  in Mississippi since graduation, working mainly in emergency medicine.  She started relief work at Fisher Animal Hospital in December 2017.

Dr. Lathum is a current member of the American  Veterinary Medical Association.  As a veterinarian, Dr. Lathum , loves emergency medicine and felines.  Dr. Lathum shares her home with her daughter Ellie, her shih tzu , Darby, and three cats, Minnie, Belle and Olive.  She enjoys anything outdoors, cooking and painting. 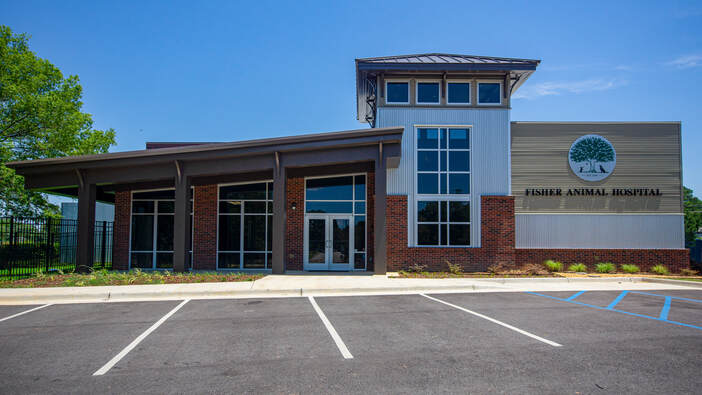